In the late 1930’s, in North Carolina, Jack Wicks & Paul Crawshaw began making car filters. By 1954 they changed the entire industry, by patenting the “twist of the wrist” thread filter, which quickly became standard in the filtration sector. Today the Wix Filter range covers not only the Automotive sector, but also trucks, buses and off highway machinery.

In 2016, Wix’ parent company was purchased by the Mann & Hummel Group of Germany, which resulted in the creation of one of the world’s largest filtration technology companies. Now they are recognised as being part of an elite few of filter manufacturers that are present in 80 markets and produced in 10 countries and 5 continents.

The WIX brand is also synonymous with racing, in particular NASCAR, IndyCar Series & the BTCC (British Touring Car Championship), in which they hold many accolades over the years. 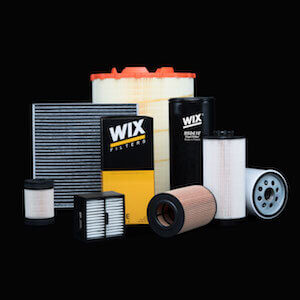 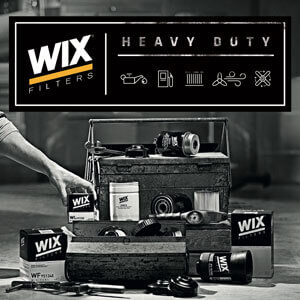 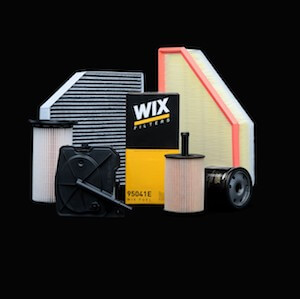 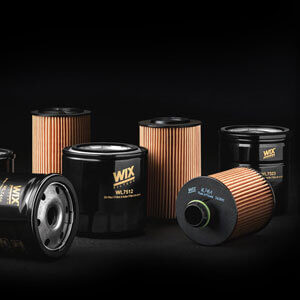 Brands you can rely on

I have been dealing with Filtermania for many years since I was introduced by a fellow boater, superb service every time, quality products, extremely competitive prices and a guy (Lee) that knows his stuff. I would not go anywhere else – highly recommended!

When you receive service like this then you have to sit up and take notice! I have a "Filter Specialist" literally 2 miles from me, but when you receive the service/quality/price like I do everytime I go to Filtermania - I refuse to go anywhere else! 5 star all round.

After 10 years or so of dealing with Filtermania Ltd, I am retiring at the end of the month, but would like to thank Lee & his staff, for the superb service given to me since I first walked into his trade counter. It has been a pleasure and would highly recommend this company to anyone.

I have been using various Filter suppliers for many years, however after being recommended to Filtermania, I thought I would give them a go. Best thing I ever did, superb product range, competitive prices and lovely staff. Don't normally write on forums however had to of this instance. Highly recommended!

Have used this ebay seller many times before and always delivers promptly and accurately. Will not go anywhere else for my filters! 100% feedback from all including myself says it all. Highly recommended!

Had to write this testimonial to say what a super service given to me by Filtermania and especially the young chap Lee on the counter. The knowledge this young man has on his filters is mind blowing. Not only did he know exactly what I wanted but he had them on the shelf and at an unbelieveable price! Will use time and time again!

Ordered a filter kit for my JCB off Filtermania Ltd & was pleasantly surprised by the good service given, the quality of the filters & the price which saved me over £45 off the main dealer & over £20 off my local filter seller! 5 star service will certainly use everytime I need quality filters.

After meeting and doing business with Lee the M.D, I have to say how helpful assisting the sales desk switching stock around to accommodate my multiple order and it was nice chatting after the transaction.

What can I say? Ordered a full set of filters including Hydraulics for my Kubota U55-4 yesterday, thinking they would be here in a few days time. They arrived at 8.59am this morning! Carefully packed, great product, super price. Absolutely DELIGHTED!

Dear Lee, I would like to take this opportunity to thank you for the professional service you gave me earlier whilst visiting your trade counter shop. I thought I was being clever trying to do your job for you by cross referencing filters using other online suppliers, however you saved me buying and fitting the wrong filters by asking the right questions! I never realised how different filters are internally even though they all look the same on the outside, I feel like I have been to school again! I will highly recommend Filtermania to all my farmer friends and neighbours whenever they ask about spares in the future. Many Thanks!!

Where else can you go locally to get a Varta battery, 2 x Donaldson fuel filters for a tractor, 1 x Mann oil filter for my car and a drum of Millers Oil all under one roof?

We travel 3-4 times a year from Leek to FilterMania (62 miles / 2 hours round trip) due to their high levels of service. Quality products, competitive prices and super nice owner Lee! No one else we have used comes close!

I recently purchased some filters from you. I would like to thank you for the brilliant advice and service i received. I ordered Monday afternoon and received my order early the next day.
Many thanks
Brian Cockayne

Contacted these guys for a cross-reference on a filter for a model not listed. They couldn't possibly have been more helpful. Having received the filters, they also appear to be of excellent quality. I've fitted one and pressure is excellent, and oil appears properly cleaned. Generally speaking, the whole process of dealing with this company has been excellent, and I shall be recommending them to my friends. Thank you very much indeed. 😊